Hey! These docs are for version 4.2, which is no longer officially supported. Click here for the latest version, 2022.1!

Seq creates daily backups of metadata and configuration, including API keys, users, signals and apps. Events are not backed up by this process - use the replication, JSON archive or file archive apps for redundant event storage if necessary.

An encryption key is required when restoring backups: please ensure you follow the instructions below for retrieving and storing the master encryption key.

Seq encrypts sensitive data internally (or hashes it when round-trip decryption is not required, as in the case of user passwords).

As a further protection, backups are also fully encrypted.

This is performed using AES-256 with a key stored in Seq.json. The value in the configuration file is protected using DPAPI, so it cannot be backed up directly.

To obtain the master key, open an administrative command prompt on the Seq server machine and invoke:

The key is a base-64 encoded value. Save this in a secure location so that backups can be restored.

Each named Seq instance has a unique master key. Specify the instance name with -n name.

Seq will automatically back up configuration on a daily basis. The .seqbac files created are stored in the \Backups directory under the Storage root path.

Seven days of backups will be retained, after which Seq will delete the oldest backup file when new backups are created.

Backup settings can be customized in Settings > Backup. 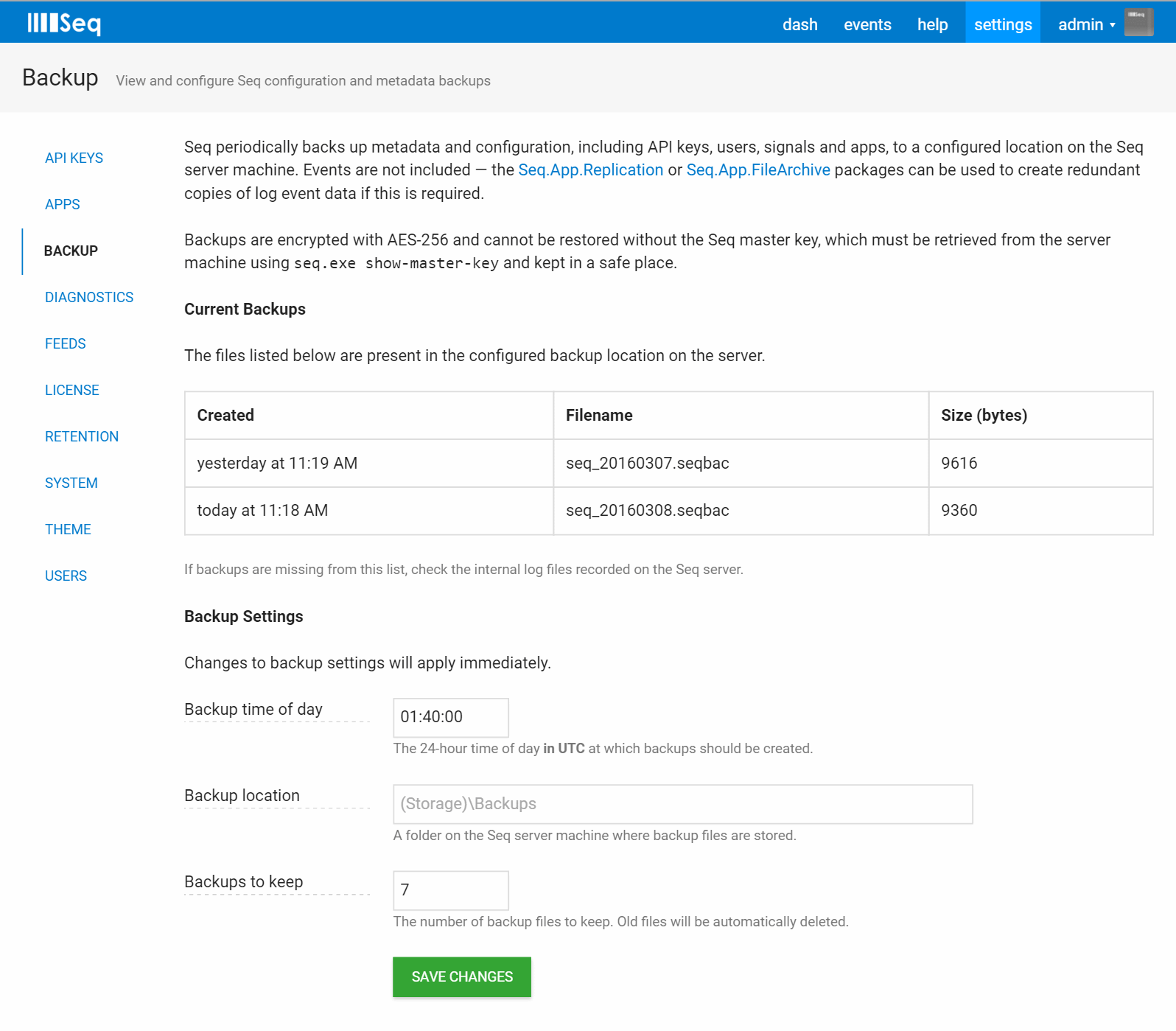 When specifying the time of day at which to back up, UTC is used.

To restore from a backup:

All commands require the -n parameter if named instances are in use.

The restore process sets all Seq App instances to manual input only. These need to be manually re-enabled through the user interface once the Seq server has been restored.

Updated over 4 years ago

Did this page help you?