The app is packaged both as a plug-in Seq App for all platforms, and as a standalone Docker container that forwards events to Seq via its HTTP API.

Syslog is not enabled out-of-the-box, and must be enabled one of two ways:

On Windows, the Syslog input is installed into Seq as a Seq App.

In Settings > Apps, choose Install from NuGet. The app package id is Seq.Input.Syslog. 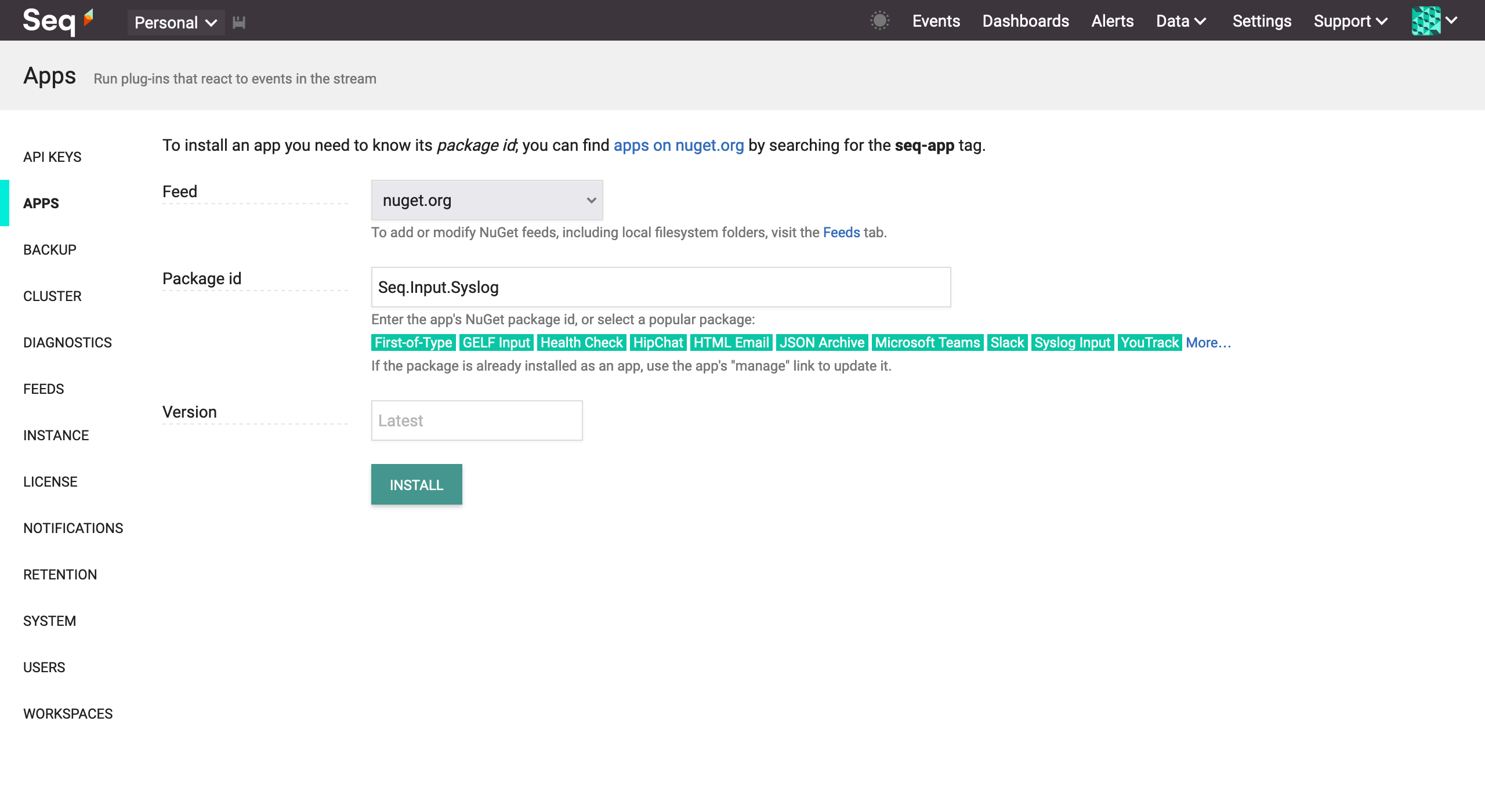 2. Start an instance of the app

From the apps screen, choose Add Instance and give the new syslog input a name.

The default settings will cause the syslog input to listen on localhost port 514. Choose a different port if required.

Select Save Changes to start the input.

Ensure UDP port 514 (or the selected port, if you specified a different one), is allowed through Windows Firewall.

That's all there is to it. Events ingested through the input will appear in the Events stream. If the input doesn't work, check for diagnostic events raised by the input app (there is some status information shown under the app instance name).

Events ingested into Seq via the syslog input app will be shown in the Ingestion view.

For Docker, the app is deployed as a Docker container that is expected to run alongside the Seq container. The datalust/seq-input-syslog container accepts syslog messages (via UDP on port 514 by default), and forwards them to the Seq ingestion endpoint specified in the SEQ_ADDRESS environment variable.

To run the container:

The container is published on Docker Hub as datalust/seq-input-syslog.

A seq-input-syslog container can be configured using the following environment variables:

The following is an example docker-compose file that can be used to manage a local Seq container alongside seq-input-syslog in your development environment to collect log events from other containers:

The service can be started using docker-compose up.

Updated over 1 year ago