This page covers everything you need to know in order to understand your systems, find bugs, and spot trends using log data in Seq! 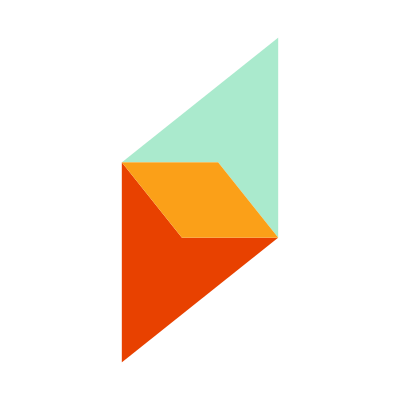 As a language for log search, the Seq query language needs to be ergonomic, forgiving, and terse. Log search is usually ad-hoc and exploratory - and often done in a hurry!

As a language for log analysis, the language must be clear and precise. Especially when results are numeric or aggregated from many records, the underlying computation needs to behave exactly as the user expects. Log analysis is much more like programming in this regard.

Seq's query language meets both these goals through two modes, based around a common, core syntax. As searching for log events is the first thing most developers do with Seq, it's conventional to introduce the simpler search expressions first, before examining queries for log analysis.

Many diagnostic sessions start with an error. Something's gone wrong, an error message or error id has been reported, and application logs are often where we turn to track down the root cause.

If you type an error message directly into Seq's search box, you'll very probably find it:

Search results in Seq are always in time-descending order: the events at the top are the newest, getting older as we read down the page.

Application logs can be a very big haystack indeed. To pick out the needles, simple text search isn't always enough. If we want to filter out the warnings and see only timeouts that resulted in an error, we can write a search expression ourselves that excludes them:

Let's break down this expression and look at each part. Along the way we can introduce a number of core features of the Seq query language.

If you've worked with SQL you'll immediately notice the familiar operators and and <>. Seq uses SQL-style operators in expressions.

The comparisons are = (equality), <> (inequality, "not equal to"), <, <=, >, and >= in their usual roles. In search mode, Seq will also accept C-style == and !=, but these are convenience aliases and are not supported in query mode, so you should prefer the SQL-style versions.

@Level is a built-in property. This means it isn't part of the log event's "payload" but a special, well-known piece of data that is tracked separately for every event.

If we had written Level <> 'Warning' instead, Level would refer to a regular property of the event (which doesn't exist, in this case).

There are several built-in properties like @Level. The most important are:

Remaining in our example expression are two bits of text, the original error message we were searching for, and 'Warning':

Despite their similarities, these are different constructs in Seq's query language.

"operation timed out", double-quoted, is a text fragment. It's not compared with anything: it represents some fragment of text that might appear in the event's message (or exception/stack trace). Text fragments are handy for quick searches that need a little more detail: "operation" and not "timed out", for example. Text fragments are always matched in a case-insensitive manner.

'Warning', with single quotes, is a string. It acts and is used just like any normal programming language string.

String operations and the ci modifier

We've already seen equality and inequality, both of which can be applied to strings. Seq supports more sophisticated comparisons using like and not like:

The universal case-insensitivity modifier ci turns whatever operation it is applied to into a case-insensitive one. The ci modifier is a postfix operator that works with any string comparison, =, <>, like, in, and more:

Applied to an equality operation like this we'll match values of the Subsystem property in any character case: smtp, SMTP, Smtp, etc.

If we go back to our original example, "operation timed out", we can express this using string comparisons as:

To round out our discussion of strings and text, regular expression literals are worth a quick mention. These use /-delimited syntax, familiar from JavaScript:

The example above matches events that contain any text delimited in by the characters o and n: 'only', 'operation', and so-on.

The core data types in the Seq query language include:

The last one, null, is a value in the Seq query language: Result = null will return true if the result property exists and has the value null. If we want to test for existence of a property, we can use the built-in Has function: Has(Result).

It's worth mentioning that behind the scenes, durations are just numbers. Durations are handy, though, because they're on the right scale to use in comparisons with @Timestamp and now(): for example @Timestamp > now() - 30d.

The properties of an object can be accessed using .MemberAccess or ['indexer'] syntax.

Functions fill their normal role and use Name(Arg0, Arg1, ...) call syntax. There are many built-in scalar functions, that work on individual values; some of the more frequently-used are:

Structured log data often includes array- or object-like values that are interesting for search and analysis.

Seq has a few convenient shortcuts that make it pleasant to deal with these. First up, a SQL-style in operator makes it easy to match values in a literal array:

Or in an array attached to a log event:

The in operator supports the ci modifier, but is otherwise limited in the kinds of comparisons that can be performed. To check whether any tag in Post.Tags starts with the literal 'seq' would be a job for lambda expressions or loops in most languages. Remembering lambda or loop syntax when you're rushing to figure out why production is showing the fail-whale isn't fun, so instead Seq's query language implements wildcards in [] indexer operations on arrays and objects:

The ? wildcard is read as "any", while * is "all". Wildcards come into their own when working with nested data.

The expression above finds events with an Order property where all items in all shipments were taxable.

Conditionals can be chained:

Conditionals more commonly appear in queries than in search expressions.

We've seen how search expressions can be used to match events. The more sophisticated mode of interaction with Seq is by using queries to analyze structured logs.

All queries in Seq begin with the keyword select, and all of them produce a result with rows and columns.

Seq is more than a complex calculator, though!

The simplest useful queries project a list of columns out from event properties. Let's look the the fifty slowest API responses from a web app:

If you're following along and typing this into the Seq query editor, Ctrl + Enter will insert newlines.

Queries can include comments, which start with -- and continue to the end of the line.

The from stream clause specifies that the query reads from the stream of log events in the Seq event store.

The optional where clause predicate supports complex expressions - everything we saw in the search expressions section above - with the exception that only SQL-style operators are allowed (and vs. &&), and text fragments are not allowed (so "operation timed out" needs to be written as @Message like '%operation timed out%' ci).

The order by clause is optional, and supports both ascending and descending orderings over the columns in the column list. Orderings can include expressions - coalesce(StatusCode, 500) — but columns that are themselves complex expressions need to be aliased in order to refer to them in orderings.

The final clause, limit, is also optional - but Seq will reject the query if its internal default row limit is hit, so it's necessary when queries produce large result sets, and to conserve server resources and network bandwidth. The limit clause works just like top, if you're familiar with the Microsoft SQL Server way of doing things.

We're running this example over the "HTTP requests" signal so the result set is limited to consider only events that are matched by the signal.

Digging deeper into web application response times, our "top fifty" list is useful for finding outliers, but it's hard to tell whether the slow responses we're looking at are representative of real user experience on our site, or just freak occurrences caused by transient issues.

Finding trends in large numbers of events is a task for aggregate functions like count(), min(), max(), mean() and percentile(). You can compute aggregates over the whole stream of events being examined, for example:

In this case, it's more useful to see results grouped by the API endpoint that's being hit, so we'll look at 99th percentile response times and use group by to slice the event stream up:

The result set has three columns, despite there being only one in the select column list: groupings are also columns in the Seq query language, and event support labels (group by RawUrl as url, new in 6.0), making exploratory log analysis quicker and more fluid.

If the result set is large, a limit or having clause — for example having p99th > 1000 — can trim it down and save some bandwidth.

Our query above shows the slowest responses over a time range. If we want to see how responses evolve over time, we can generate a timeseries by further grouping over time intervals with a time() grouping. The time() grouping accepts a duration and groups events into to buckets of that size:

You can chart timeseries results in the Seq user interface by pressing the tiny chart button above the result set. If you group by more than one dimension, just remember to make the time() grouping last:

In queries that group by time(), one further function becomes available:

The documentation in Next Steps below has more detail on many of the topics here. If you have questions or need help writing a specific query, please get in touch with the Seq team at Datalust - our support channels are linked from the Support menu in the Seq navigation bar.